Information
Shanghai copper futures prices rose slightly. The main June contract closed at 43,530 yuan / ton, up 250 yuan, or 0.58%. At 15:00 on the same day, London March copper price was 6042 US dollars / ton, Shanghai and London's internal and external ratio was 7.20, lower than the previous trading day 7.21, Shanghai period
Copper rose less than the London market. The total contract turnover was 426,998 lots, and the positions increased by 282 lots to 819,646 lots. The main contract traded 235,236 contracts, and the positions decreased by 3,328 contracts to 375,940 contracts. Shanghai Nonferrous Metals Network 1# copper latest offer 42430-42550 yuan / ton, lenders
(Paste) 140-(Paste) 60.
2, disk analysis
Long-term: falling below long-term support, shocking down
Mid-term: bottoming out
Short-term: narrow range
3, market information
In terms of spot, today's Shanghai electrolytic copper spot on the current month contract rose 60 yuan / ton - premium 100 yuan / ton, flat water copper transaction price 43550 yuan / ton -43610 yuan / ton, premium copper transaction price 43570 yuan / ton -43650 yuan / Ton. The Shanghai copper futures were blocked, and the holders sold the goods in the morning market, waiting for the disk to rise. After the low-priced goods were released, they were quickly absorbed by the speculators. Pingshui copper took the lead in raising the premium shipments, and the copper pushed the shipments passively. There is no price difference, but as the price of good copper rises to around 100 yuan, the market is obviously suppressed, and the stalemate mode is once again opened. However, before the delivery of the goods, the contractor will pay attention to the change of the monthly spread, and the speculative operators will increase the short-term operation and the downstream will be connected as needed. The overall transaction is still not warm. In terms of industry, according to foreign news on March 2, Chilean mining minister Aurora Williams said on Monday that the Chilean government still maintains its 2015 copper production forecast at 6 million tons, which will increase by 5% from 2014 levels. He said that the decline in international oil prices will help high-cost producers maintain output growth. He also said that the Chilean government will take measures to help small-scale miners deal with high production costs. Lusaka on February 23, Zambian President Edgar Lungu said on Facebook that once the country's Lumwana copper mine is left unused by Barrick Gold, the Zambian government may need to consider another owner of the mine - the state-owned company ZCCM- IH is looking for new strategic partners. According to Tokyo's January 20 news, the Japan Wire and Cable Manufacturers Association reported on Tuesday that Japan's December copper cable shipments (including sales and exports) fell 2.9% to 60,000 tons from the same period last year. On the macro level, the People's Bank of China decided to cut the benchmark interest rates for financial institutions' RMB loans and deposits from March 1, 2015. The one-year lending benchmark interest rate of financial institutions was lowered by 0.25 percentage points to 5.35%; the one-year deposit benchmark interest rate was lowered by 0.25 percentage points to 2.5%, and combined with the promotion of interest rate marketization reform, the upper limit of the floating range of deposit interest rates of financial institutions was determined by the deposit benchmark. The interest rate is adjusted by 1.3 times to 1.3 times; the other benchmark deposit and loan benchmark interest rates and the personal housing provident fund deposit and loan interest rate are adjusted accordingly. On Monday, the US Institute for Supply Management (ISM) released data showing that the US ISM manufacturing PMI 52.9 in February was not as good. Expected 53, fell for the fourth consecutive month, hitting a 13-month low. The US manufacturing expansion rate in February slowed down again in January.

Scan the QR code to read on your phone

About us
Products
News
Application field
Messages
Contact us 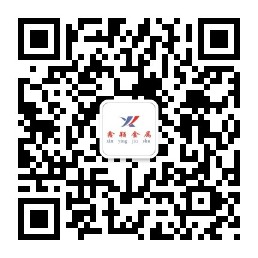